The state’s growing startup ecosystem was at center stage during the Alabama Innovation and Entrepreneurship Conference in Birmingham.

The sixth-annual event, held at the Birmingham-Jefferson Civic Center, is organized by the Economic Development Partnership of Alabama to celebrate Alabama’s top visionaries for innovation, entrepreneurship and job creation.

The conference was also held in conjunction with the 10th-anniversary of Alabama Launchpad, another popular EDPA startup program.

One of the honorees at this year’s event was from the Mobile, AL area.

For the full article on the Innovations Awards, click here.

The hardest part of starting a business is, well, getting started!

The Chamber is partnering with the University of South Alabama, Innovation PortAL and local non-profit One-Mobile to host STARTUP WEEKEND, powered by Google for Entrepreneurs, August 26-28. The event, pat competition and part educational experience, will give aspiring entrepreneurs access to expert advice from mentors and coaches, successful entrepreneurs, capital resources and other tools to jump start their business concepts. By Sunday evening, new businesses will be born.

Those interested in competing in this program can learn more by contacting Danette Richards at drichards@mobilechamber.com

Rural Sourcing Inc. (RSI) has several happenings to share. So far, 2016 has been a great year.

The current colleague count at RSI is 76 people at our Mobile location. They outgrew the temporary space just in time to move into our permanent location. RSI renovated the old Turner Todd Motor Company Dealership, also known as the Buick building, on St. Louis Street downtown. The company is committed to hiring an additional 25-35 people this year.

In February, Trey Sparks joined the Mobile, AL RSI team as the Development Center Director. Trey is an alumni of University of South Alabama. He most recently served as the Director of IT for a local company and has experience overseeing multiple locations for over 300 corporate employees.

RSI held its second annual RSI Mobile Hackathon in April. Seven teams of students from the area colleges competed for a paid internship as they created a mobile app for the city’s Mardi Gras parade routes. Two students from Pensacola State College have been offered an internship and started with RSI this month.

Rural Sourcing Inc. has recently been recognized by several entities for stellar growth and company culture. Among the recent awards are:

If you are interested in the opportunities available at RSI, please send your resume to: recruiting@ruralsourcing.com or see the complete list on our careers website at: http://www.ruralsourcing.com/careers/job-search/

AT&T and the Industrial Park Board of Mobile County announced Mobile Commerce Park is certified as being AT&T Fiber Ready, reflecting the presence of fiber-based, high-speed Internet.

The designation – the first in the state of Alabama – will be another marketing tool for the board and NAI Mobile in recruiting additional tenants. “AT&T is investing in high-speed Internet in urban and rural areas all across Alabama using the latest wired and wireless technologies, and we are proud to highlight Mobile Commerce Park as one of many places in Alabama where AT&T’s fiber infrastructure is in place and ready to help local businesses drive job creation,” said Fred McCallum, president of AT&T Alabama. In today’s world, he said, connectivity is vital to new employers and businesses of every type.

“Our resources in Alabama are extensive, but if potential investors aren’t aware of the tech infrastructure in place across the state, then we face the potential of losing many opportunities,” said Troy Wayman, the Mobile Area Chamber’s vice president of economic development. “This certification helps to eliminate those missed opportunities.”

Read more about the new program bringing innovation to Mobile.

Read more on a possible makeover for automobile alley 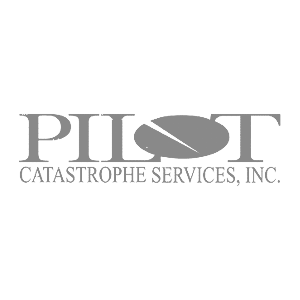